Having spent three consecutive days indoors it was good to spend a few hours on the plot Monday morning in the sunshine, although the ground was too damp to do much.

It’s surprising that cosmos corner is looking better now than it did most of the summer. 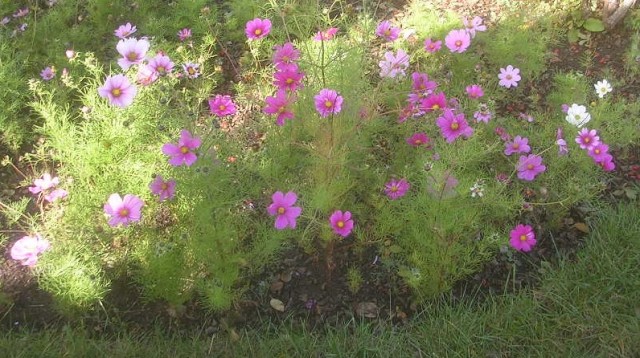 There was even a white butterfly fluttering round, but it never settled long enough for me to take a photo. 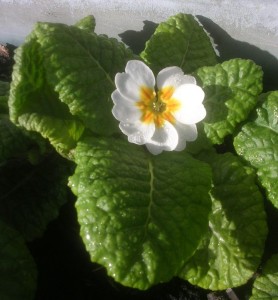 The yellow primroses in the long planter have been flowering for several weeks, and the white ones have now started to appear.

All six plants, three of each colour, have now flowered which is pleasing, having lifted and split the original two plants earlier in the year.

I have a primrose at home which I repotted this week.  I don’t know what colour flowers this one has so look forward to finding out, hopefully before too long. 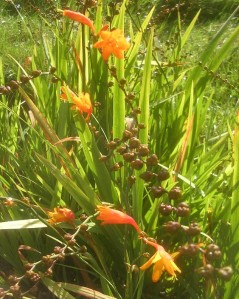 It’s also surprising that the croscosmia still has a few flowers showing.

The weather has been rather unsettled this week with plenty of rain, along with periods of sunshine, which looks set to continue into next week.

Take care. and have a good weekend!